I once told a godbrother of mine how amazed I was that there are so many disturbances among those who practice grhasta asrama.

"Don't you read Srila Prabhupadas' books?" he asked, astounded.
We live here in a 180-degree reflection of the spiritual world. "Read Srimad Bhagavatam; it's all there!"

Every living entity, beginning from Brahmā, the first-born living being within the material world, down to the insignificant ant, desires to relish some sort of taste derived from sense perceptions. These sensual pleasures are technically called rasas. Such rasas are of different varieties. In the revealed scriptures the following twelve varieties of rasas are enumerated:

The sum total of all these rasas is called affection, or love. Primarily, such signs of love manifest in adoration, service, friendship, paternal affection, and conjugal love. And when these five are absent, love is present indirectly in anger, wonder, comedy, chivalry, fear, shock, and so on. For example, when a man is in love with a woman, the rasa is called conjugal love. But when love affairs are disturbed, there may be wonder, anger, shock, or even horror. Sometimes love affairs between two people culminate in ghastly murder scenes. Such rasas can be seen between man and man, as well as between animal and animal. There is no possibility of an exchange, or rasa between man and an animal, or between man and any other species of living beings within this material world. The rasas are exchanged between members of the same species. But as far as the spirit souls are concerned, they are qualitatively one with the Supreme Lord. As a result, the rasas were first exchanged between spiritual living beings and the spiritual whole, the Supreme Personality of Godhead. The spiritual exchange, or rasa, is fully exhibited in the spiritual existence between living beings and the Supreme Lord.
The Supreme Personality of Godhead is therefore described in the sruti-mantras, or Vedic hymns, as the "fountainhead of all rasas." When one associates with the Supreme Lord and exchanges one's constitutional rasa with the Lord, then the living being is actually happy.

In this way, grhastas can observe the 180-degree turned-around rasas they experience with a great deal of humor and detachment, as the feelings that accompany these rasas are only shadow-like reflections of our original feelings and rasas experienced in the spiritual world. However, if these shadows or perverted reflections can produce such a powerfully physical result here, imagine how much more powerful the original rasas experienced in the spiritual world must be! If the reflection appears to be so real, imagine how much more real the original must be!

By meditating on these spiritual facts, any grhastha can increase his level of tolerance towards the rasas experienced in the world we presently live in (which ends finally with the death of the body) and become more optimistic about returning to the real place, the spiritual world, where his or her desires can be fulfilled in their original form. 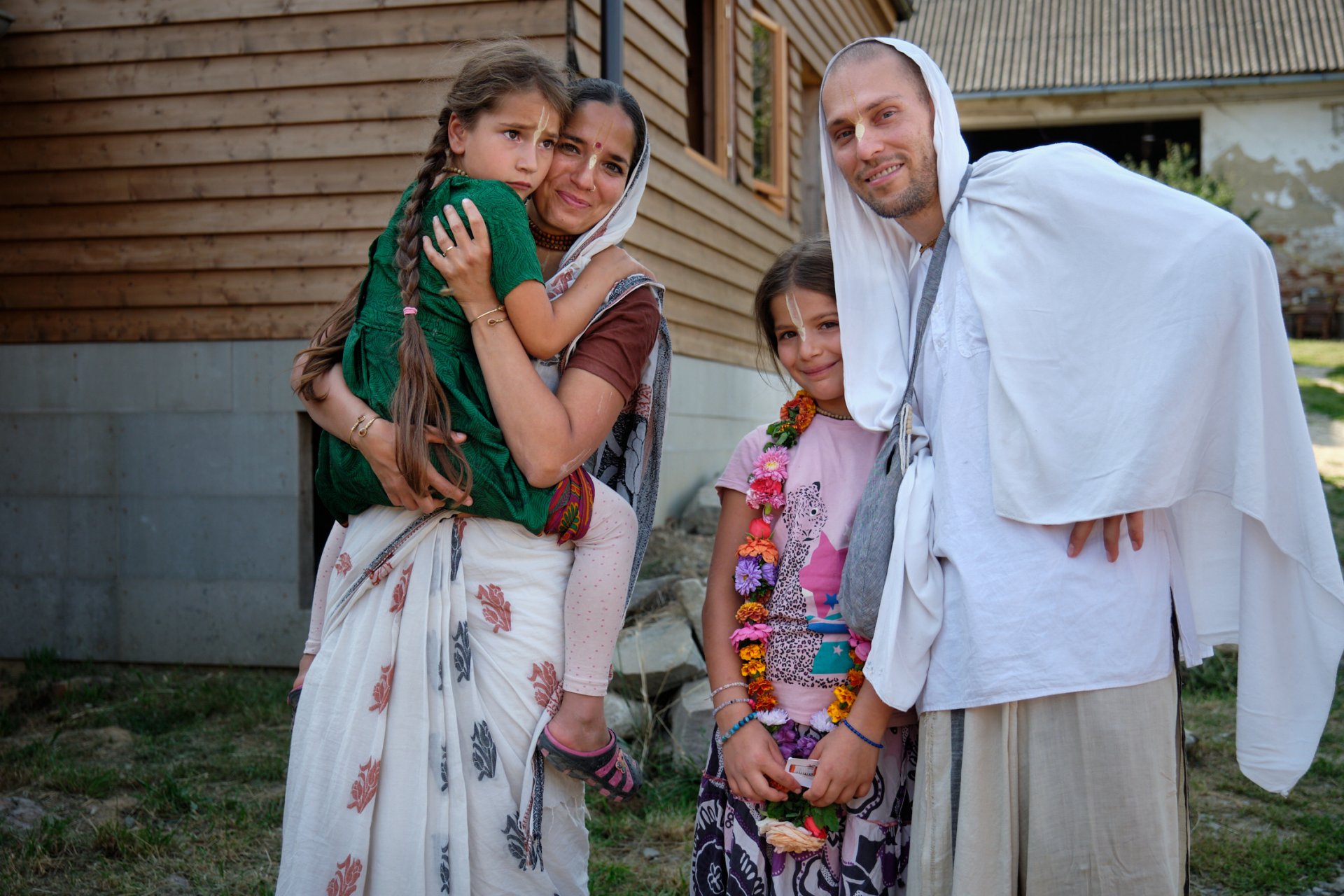